In my first job, I was in originally in charge of SEO, then my responsibilities grew to social media management, and eventually becoming the guy who made most of the technical decisions for the entire company. One of the decisions I made around the last or second to last year I worked there was switching their retail website from Magento to Shopify, and it was probably one of the best decisions I've ever made.

This blog post will explain a brief overview of some of the pros and cons of the two platforms, as well as why I made the switch...

When I first started working there, I was told they recently had a freelancer who redesigned and redeveloped their website on Magento. It was a major improvement compared to what they used to have (they were still using their old website when I was applying for the job, so I had a chance to take a peak before getting the interview).

Whoever the freelancer was, did a good job making the new site except the fact that it wasn't optimized for mobile devices at all.

If memory serves me right, they were using Magento 1.6 at the time when I started working. It didn't take long for me to earn their trust to be able to gain access to the website. It was my first time seeing the Magento platform in action. I can see why it was selected over Wordpress and any other available self-hosted options out there.

However, that was just the beginning of the technical maintenance hell that awaits later down the road...

One day, Magento decided that it was time they released a patch or update, and I was requested by my supervisor to help update their site since I was the only one capable of such a technical task. So I did a lot of quick but detailed research beforehand, backed up the site, and performed the update. That's when the hell begins.

What could go wrong? It's just a simple patch. All I needed to do was download this file, upload it, let the script do its thing, and I'll be off on my merry way.

Sadly, nothing ever goes that smoothly. Having been pampered and spoiled by the 100% successful updates and upgrades I've experienced in Wordpress, my expectations were probably the same as yours, and that was it should update with no problem at all, but that wasn't the case at all. Instead, after the entire site updated, the site no longer loaded properly. In fact, the entire site crashed and I was greeted with errors.

Fast forward a few months and a few years later, I've repeated the process once more with extra precautions while I made my way from v1.6 and miraculously somehow to v1.8 successfully after several painful and worrisome update sessions. You've guessed it, nothing went smoothly at all. I had to do a lot of googling, and I wasn't the only one who is facing these updates and upgrade hell. Oh yeah, I also made sure to have a local offline copy of the website running properly in case the live site broke down again so that we could still access the order information.

Finally, it was 2015, Magento 2.0 was released. This time, I decided that instead of trying to migrate the data from Magento 1.x series to the newly refactored Magento 2.0 database, I've concluded through my past multiple attempts that it would be better for me and for the company to start over from scratch, and manually re-enter the products. First, I spun up a Magento 2 instance on XAMPP on the computer I was using, and began the process of making new entries. Once I finished, I took down the live website after making a full backup via FTP. Then, I proceeded with making the final adjustments to the local Magento 2 and published it via FTP to the live server, and we were on our way. After a few minor errors, everything was running smoothly. When it came time for Magento 2's first official patch/update, everything went much more smoothly until a few updates later, everything started to become hell once more.

By that time, I had enough. I brought up the topic of switching platforms to either Wordpress or Shopify. It wasn't until several months later that we finally decided to make the switch since the time saved from maintenance hell would benefit the company more in terms of focusing my time and energy as well as future employees who would inherit my role to focus more on marketing and less on technical issues. Another reason was that ever since Magento released the 2.0 series, they removed the "Credit Card Payment" option, which by the way, most of our customers used as their preferred payment method! Knowing that, it definitely hurt our sales a lot. By going with Shopify, we were able to bring back that payment option for our customers.

Despite having switched to Shopify, there were things that I liked and disliked about Magento as a whole (regardless of version 1.x or 2.x).

Things I Liked About Magento

Things I Liked About Shopify

Why Didn't You Switch To Wordpress?

Again, one of the requirements is to lower the amount of technical maintenance required on the backend of the company. Also, because this is a business we're talking about, having a good and secure platform for customers to checkout is incredibly important.

Don't get me wrong, I don't hate Wordpress, I do like it as an end-user. It does a great job with blogging and does a potentially great job with ecommerce with the help of WooCommerce. I do like the permalink structure and ability to customize it more than Shopify.

In the end, the switch was made from Magento to Shopify mainly for lower maintenance purposes as well as to regain certain features that Magento once had. Not only that, by going with Shopify, it helps save time needed to worry about technical issues, and helps the business focus more on accomplishing their business goals. 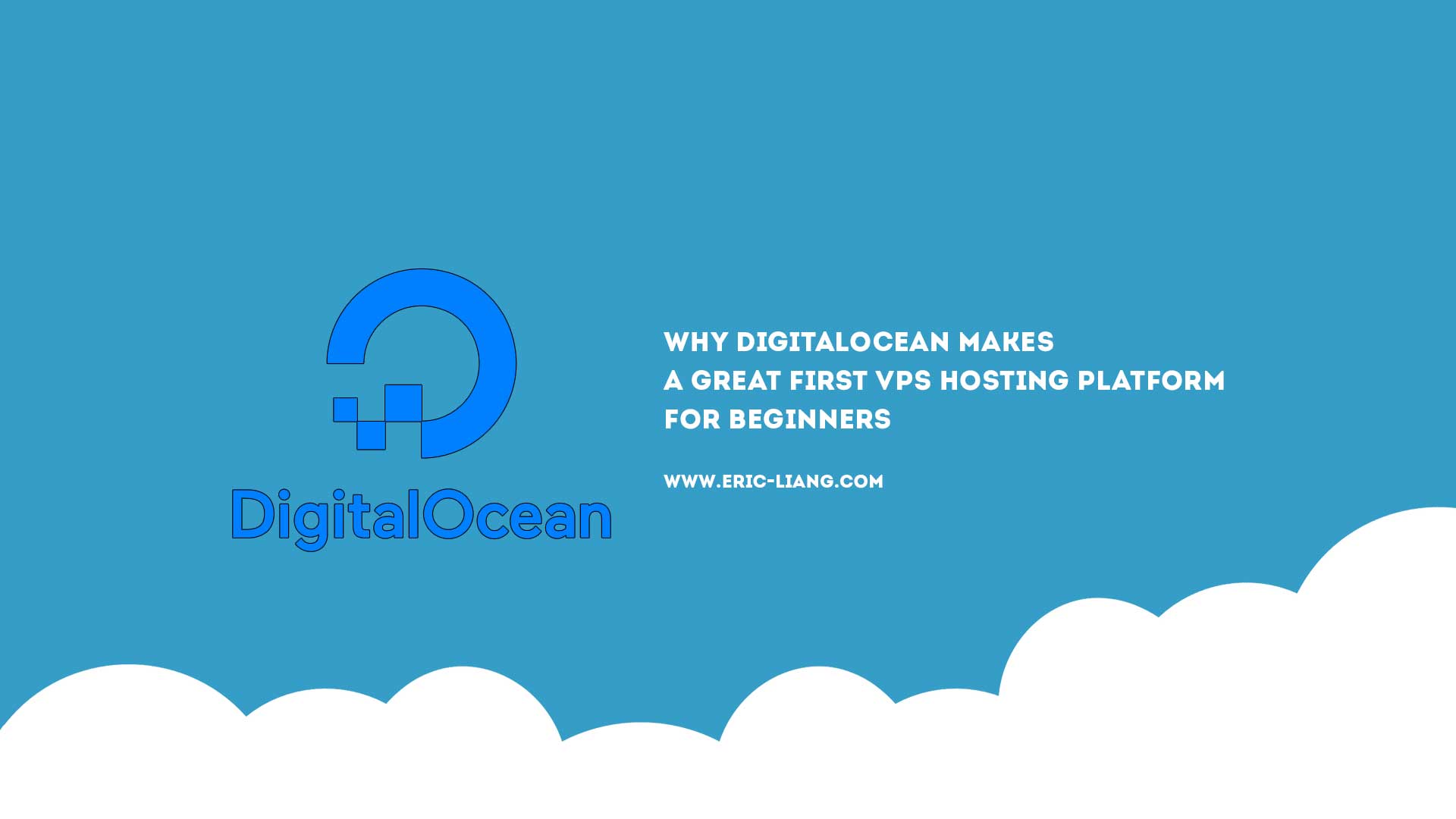 There are a lot of VPS Hosting and Cloud Hosting solutions out there, such as Amazon AWS, Google Cloud, and Microsoft Azure but they are confusing to the beginner, and this is why DigitalOcean, in my opinion, makes a great hosting platform for beginner web developers who've outgrown shared hosting. [Read more] 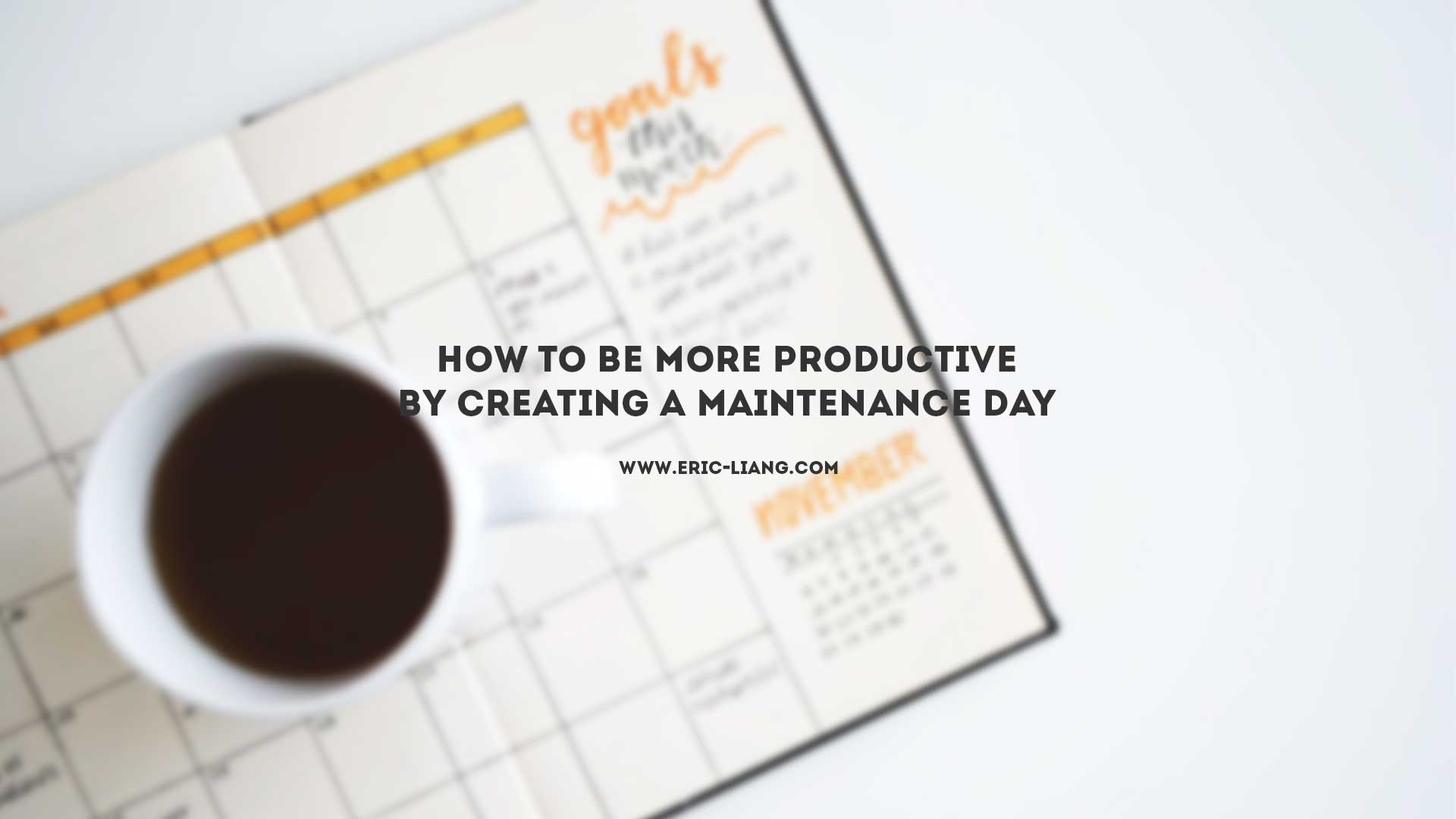 How To Be More Productive By Creating A Maintenance Day

One way to be more productive doing your chores is to apply the concept of a Maintenance Day, which was originally created by Chris Bailey, author of The Productivity Project. [Read more]